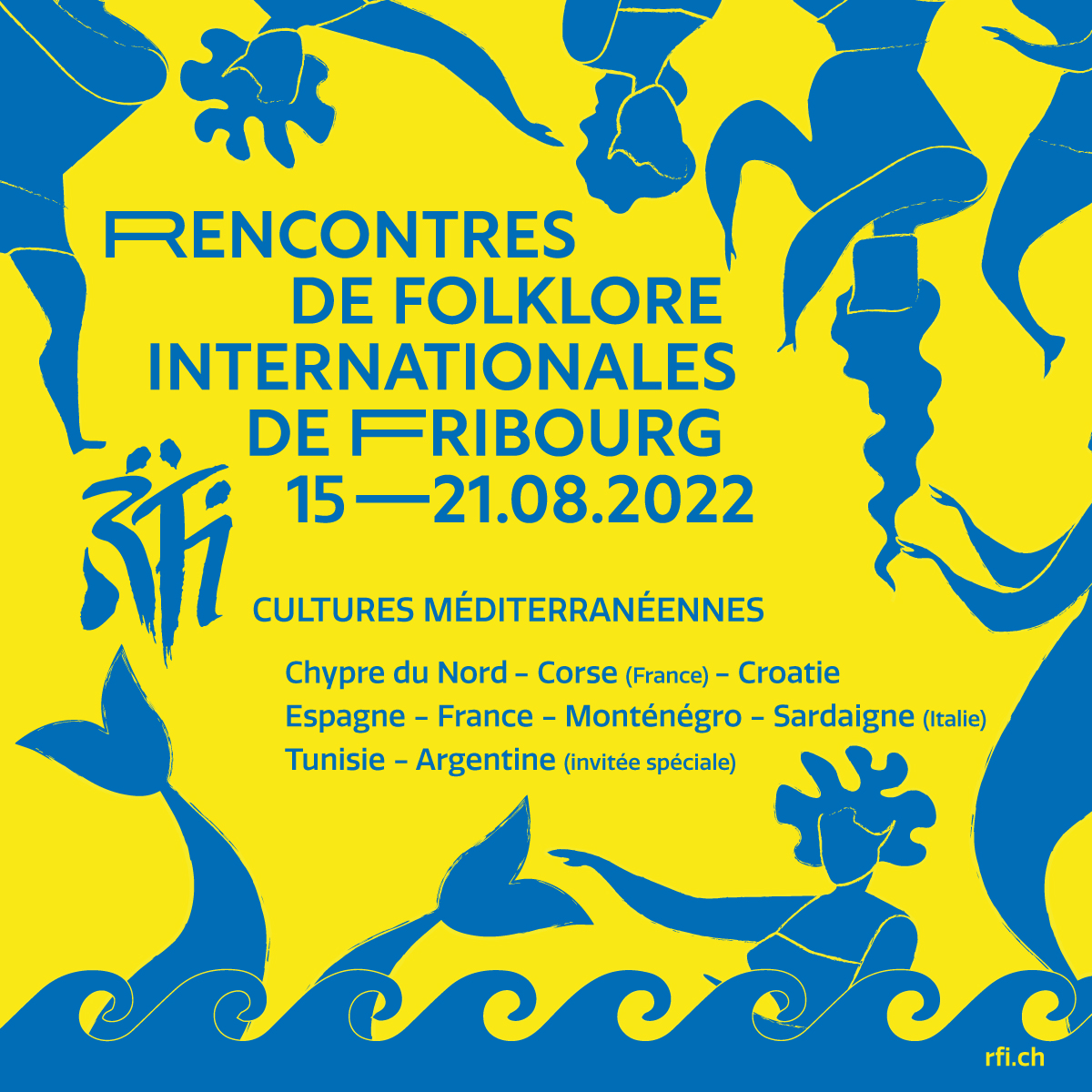 It is in "the sea in the middle of the land" that the Freiburg International Folklore Meetings (RFI) will dive during their 47th edition. From August 15 to 21, 2022, Freiburg will take on a Mediterranean air: from the Iberian Peninsula to the Tyrrhenian Sea, via the Maghreb and the Balkan coast, the RFI audience will sail from one shore to the other to the rhythm of coastal cultures.

At the junction of the European, African and Asian continents, the Mediterranean has become over the centuries a space for the circulation of people and ideas. Cradle of civilizations and creator of exchanges, encounters, dialogues and crossbreeding, the Mediterranean basin abounds in treasures to discover.

Rhythms, songs and coastal and island dances will invade the RFI stages and the streets of downtown Freiburg with Northern Cyprus, Croatia, Spain, France, Montenegro, Sardinia, Tunisia and Corsica. To crown the program, Argentina will participate in the festival as a guest of honor with its folklore with Spanish influences, its gauchos, its porteños and its carnavalitos.

The festival will return to its classic form with the Village of Nations, the Procession and the Family Dinner, while new features will surprise the public.

This year, there will be..,

... three themed evenings will be held in the Village of Nations: the "Al-Andalus" evening will combine Arab and Spanish influences, the "Adriatic" evening will feature the rhythms of the Balkans and Italy, and finally the "Argentina" evening and its "Late-Night Tango" will celebrate Argentine culture.

... the "RFI Skillz" will challenge young people from Fribourg to leave their comfort zone and try out traditional Cypriot, Montenegrin and Swiss dance through dance classes given by young people from each country. Meanwhile, ballroom dance enthusiasts will be able to enjoy tango, flamenco and salsa with Spanish and Argentinean dancers.

... a cultural day under the aegis of CIOFF®, an international cultural NGO attached to UNESCO, will offer a series of workshops on traditional instruments, costumes, games, songs and cuisine. A cultural debate between the young people of the invited countries will allow everyone to participate in a moment of intercultural exchange.

... the RFI are relaunching the famous "Seislerabe" on Wednesday evening with an evening dedicated to the Singinese. Local and international folklore will alternate on stage for beautiful moments of sharing between here and elsewhere.

... committed to the preservation of traditional dance internationally, but also in Switzerland, the RFI are organizing an evening of support for Swiss folklore CIOFF® with four ensembles from Fribourg and Valais. A fashion show of Fribourg folk costumes will highlight the diversity of our regions.

Other cultural events not to be missed will punctuate the week throughout the canton. The RFI are ready for their big return!

Parade of the Fribourg folk costumes

Forest stage of Moncor in Villars-sur-Glâne

PAY AT THE ENTRANCE

Tickets
Back to top