Traditional dances and songs from Ukraine

A dynamic for the culture of peace!

The preservation of folklore and intangible cultural heritage, intercultural exchange, peace and friendship between the peoples of the world are the key values of the Rencontres de Folklore Internationales de Fribourg. In collaboration with Equilibre-Nuithonie, the RFI is organising the visit of a Ukrainian folklore ensemble to Fribourg from 16 to 20 June 2022 as part of an action to support Ukraine. The proceeds from the two performances at Equilibre will be donated to the cultural association "Radist /Joy" in Vinnytsia, Ukraine. This organisation brings together more than 400 children and teenagers around traditional Ukrainian culture. The delegation that will perform in Fribourg will be composed of 45 young people.

The Group
The Radist company (joie in French) performs in front of thousands of spectators around the world. The Radist school, founded in the town of Vinnytsia, teaches singing techniques and traditional choreography to more than 400 children every year. On the Equilibre stage, no less than 40 young artists (aged 12 to 18) will represent the richness of Ukrainian culture. 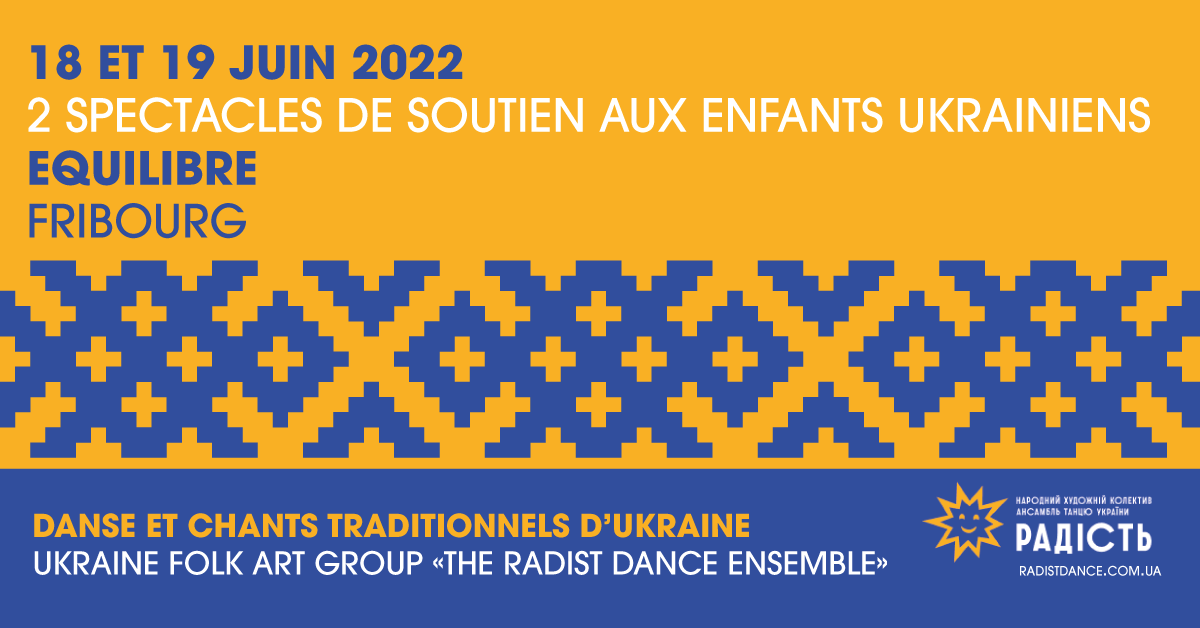